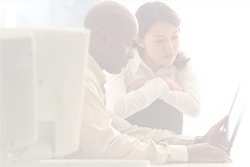 SDSI provides free support services to active resellers and customers who have a maintenence agreement that includes techical support. We also provide free pre-sales assistance to users who are evaluating our products.

At our discretion, we may also provide free support to other users of our software.

Note that SDSI maintains support forums for our products on Google Groups. This provides peer support as well as SDSI-monitored responses. The support forums are free.

Before requesting support, please review our on-line support data base to see if we have already answered your question. Enter a simple search phrase, or leave the filter empty, and press Search.

UnForm produces PCL5 print streams by default. In addition, UnForm 7 can produce PostScript print streams with the "-p ps" command line option. When looking for a compatible printer, look at the printer specifications for supported print languages. If you have any questions about the compatibility of a specific printer with UnForm, send us an email with the printer manufacturer and model, and the UnForm version, and we can review the printer specifications and respond.

In addition, if you have access to the printer, you can send it the unform_pcl5.pcl test file contained in this file, and see if the print appears correct, with proportional fonts and proper alignment. To send this file to a printer, use lp -dqueue unform_pcl5.pcl on Unix/Linux (you may need to add an operating-system specific raw or passthru option, such as -oraw), or copy unform_pcl5.pcl \\server\sharename on Windows.

For information about PostScript printing with UnForm, read this Microsoft PowerPoint presentation from our 2007 conference.

SDSI maintains a database of known compatible and non-compatible printers from user comments and our own research. Our intent is that this information will assist users in purchasing new printers.

We have also found that many manufacturers publish PPD files on the Linux Foundation web site.

Once you have located a PPD file, it should be installed in the UnForm server's ppd directory, and the PPD file specified in the client command line with the -m model option, where model is the name of the PPD file without the .ppd extension.

Note that naming conventions vary for things like tray names and bin names, so you may want to customize the manufacturer's PPD file to enforce your own consistent naming conventions. For example, one manufacturer may call the first paper tray "Tray1", and another "UpperTray". Further, traditional PCL tray numbers which are typically used in UnForm rule files are simply "1", "4", "5", and so on.

To customize a tray to match rule set tray numbers, look for a line like this:

UnForm will locate *InputSlot 1 and use the same printer control as a PostScript "Tray1" command.

SDSI uses a support ticket system hosted by FreshDesk. This system requires user registration, which will be automatic the first time you use the system.

Use this system to create a new ticket, or view existing tickets.